What Is Stroke Malpractice? 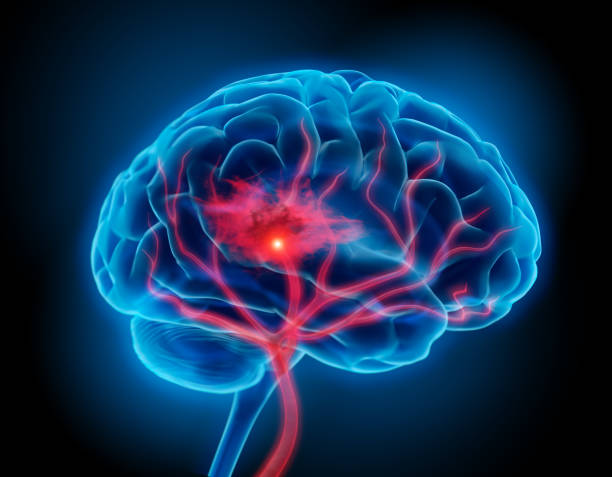 The majority of medical malpractice claims concerning stroke treatment center on claims that a physician or facility failed to recognize the stroke in time or failed to deliver the clot-busting medication known as tPA (tissue plasminogen activator). Only a little window of opportunity exists to inject tPA and dissolve a clot before serious brain cell damage becomes irreversible.

The recommended time frame for using tPA differs according to highly precise specified criteria. Getting such information from the patient or the patient's family members is crucial since the time period begins running when a person's symptoms first appear.

According to early assessments of tPA's efficacy, it was only beneficial around 30% of the time. Later research has shown that the efficacy is substantially greater.

Failure to provide heparin or warfarin for a stroke is often not a strong foundation for a medical negligence action, in contrast to the failure to administer tPA. These drugs have not been shown to be very helpful for the majority of strokes or for transient ischemic episodes (TIAs). Warfarin is used, nonetheless, for heart-related emboli. Additionally, if the patient has a stroke as a result of not restarting Warfarin after discontinuing it for another reason (such as dental surgery), there may be malpractice responsibility.

Young patients seldom have strokes, therefore medical professionals can take longer to see the warning signs and symptoms of a stroke when a patient presents who is younger than the "average" stroke patient. Unnecessary delays may cause patients, whether young and old, but particularly healthy young individuals, to suffer a lifetime of terrible impairment or die away.

Strokes may occur at any age, but they are most often brought on by what is known as a vertebral artery dissection (VAD) in otherwise healthy young individuals. Even the tiniest straining of the neck may cause VAD, which often occurs without any discomfort at all. Every VAD does not ultimately result in a stroke.

The inner lining of the vertebral artery, which is found in the neck and delivers blood to the brain, may rupture in a flap-like fashion, causing a VAD. Where the rip is, blood begins to build up and eventually clot. When a fragment of clot breaks off and travels up the artery, becoming caught and obstructing blood flow to a portion of the brain, this may result in a stroke. Brain cells lose oxygen when blood flow to certain areas of the brain ceases, which causes them to die. Ischemia refers to the alterations that the absence of oxygen causes in the brain.

The following common behaviors are known to produce VADs:

Any other sort of neck trauma, including leaning your head back into a washbasin at the hairdresser, transferring laundry from a washer to a dryer, chiropractic adjustments, laughing, sneezing, coughing, working out at the gym, tubing, or waterskiing.

Knowing the signs and symptoms of a stroke might be the difference between life and death since there is a very little window of time for successful treatment.

One of the first things that is done when a patient with suspected stroke enters the emergency room is to have a CT scan as away. The presence of blood outside of the brain's arteries may be found using CT scanning. This is significant because there are two kinds of strokes: hemorrhagic strokes, which are caused by bleeding, and clot-induced strokes (called ischemic strokes). Blood clots are a prominent factor in the majority of stroke cases. If additional requirements are satisfied and there is no sign of bleeding visible on the CT scan, the patient may be eligible for tPA. The patient is ineligible for tPA if there is evidence of bleeding or a hemorrhagic stroke.

When administered within three hours after the beginning of stroke symptoms, the clot-busting medication tPA is the first line of therapy for ischemic stroke. The medication may be administered to certain individuals up to 4.5 hours after the stroke's beginning. After 4.5 hours, the drug's advantages are outweighed by the danger of potentially fatal hemorrhage. The "window" for therapy is frequently referred to as the 3 to 4.5 hour period. Depending on the kind of stroke, tPA may be administered up to 12 hours or more after the start in certain stroke clinics.

The more quickly tPA is administered, the better. In other words, the same patient will respond better to tPA if it is given 90 minutes after the beginning of symptoms than if it is administered 2 hours after the onset of symptoms. This is why it's so crucial to get a stroke sufferer to the hospital as soon as possible.

There are other options for treating strokes brought on by clots than tPA. A professional (often an interventional radiologist) may use a specialized tool to physically remove the clot from where it is lodged in the patient's artery in the case of certain people. Mechanical thrombectomy is the name given to this procedure. Mechanical thrombectomy has been shown to be effective in restoring blood flow up to 8, 12, and even 24 hours after the beginning of stroke symptoms, depending on the location of the clot, the severity of the stroke, and the patient's overall health.

Surgery may be required for people who have hemorrhagic strokes to release pressure that has built up within the skull. Since not all institutions have neurosurgeons on staff, it could be essential to transfer to one that does.

The failure to provide tPA or to transfer the patient to a better suitable facility (such as a Certified Stroke Center) where proper treatment may be delivered before it is too late to assist may be the basis for malpractice charges.

If you believe that your or a family member's stroke could have been prevented, please contact a stroke medical malpractice lawyer.